A walk through the blogging graveyard

Moving from Feedly to @NetNewsWire via Feedbin has been largely a positive experience. The one oddity, though, has been the sudden reanimation of a whole bunch of dead feeds. I’ve probably been subscribing to RSS feeds for 15 years, so the effective “reset” of my feed read status means that, unexpectedly, blogs which last published nearly a decade ago are showing up again.

And reading through it is a melancholy experience. The worst, of course, are the blogs of people who have died, often with final entries which give no clue as to what is coming. There’s a lot of blogs of student journalists, some of whom have gone on to big things, many of whom have left journalism entirely. There’s sites that moved - but the old site still survives while the new site is gone from the web.

There are people whom I got to know through blogging, and who became face-to-face friends for a while — and then who disappeared from the web for reasons of their own, unknown to me and never advertised. Some of them I’d love to catch up with, but have no way of contacting them now.

There are online services that have come and gone, including the last post on the Google Reader blog. Posts from optimistic startups that flamed out, and many, many promises to “restart the blog” that never came true.

We are, I hope, in the early stages of a blogging renaissance. But ploughing through this graveyard made me experience a little touch of how the very old must feel, still living their life long after all their friends are dead, and wondering if there’s anyone left who cares. 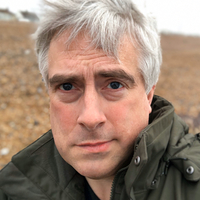