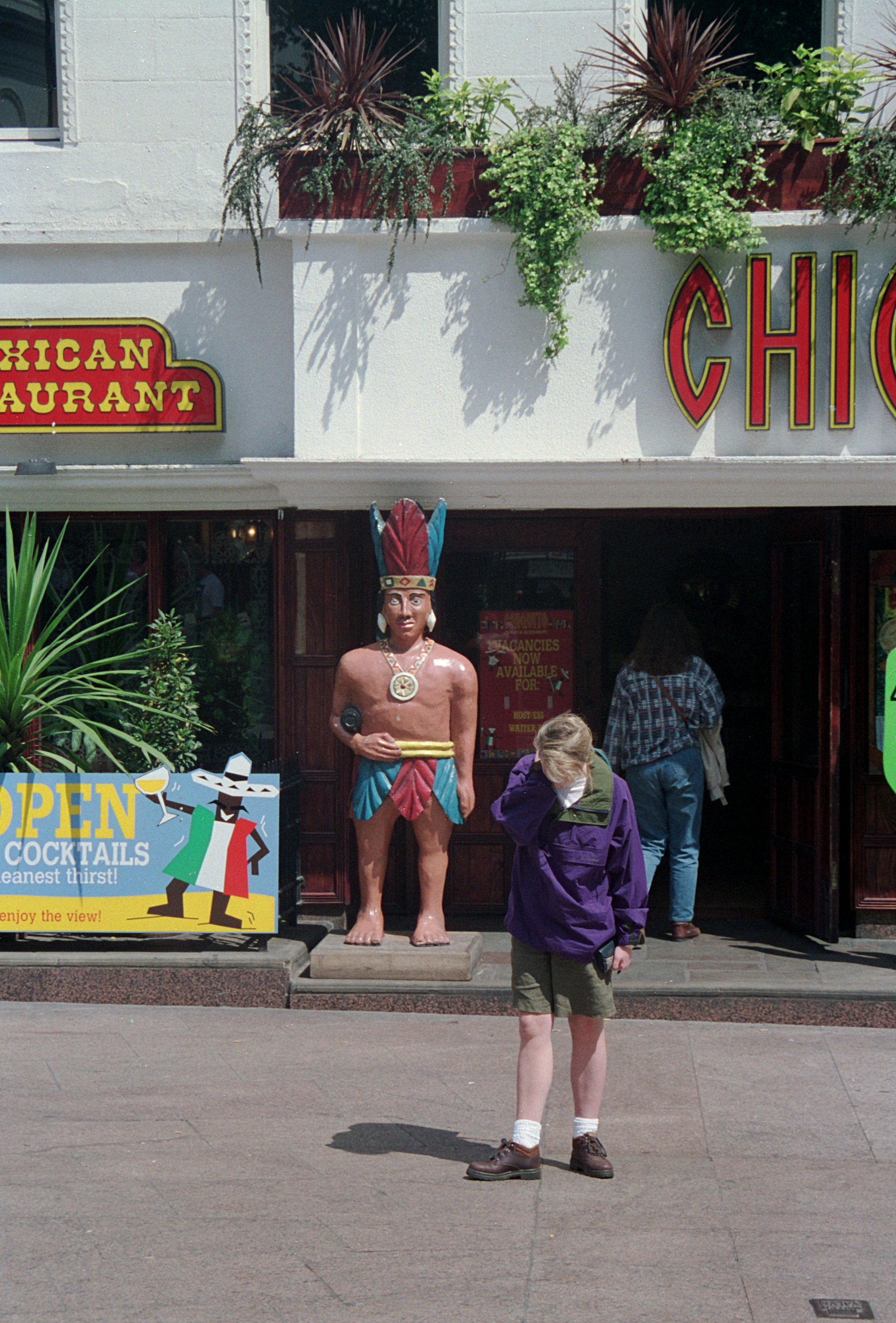 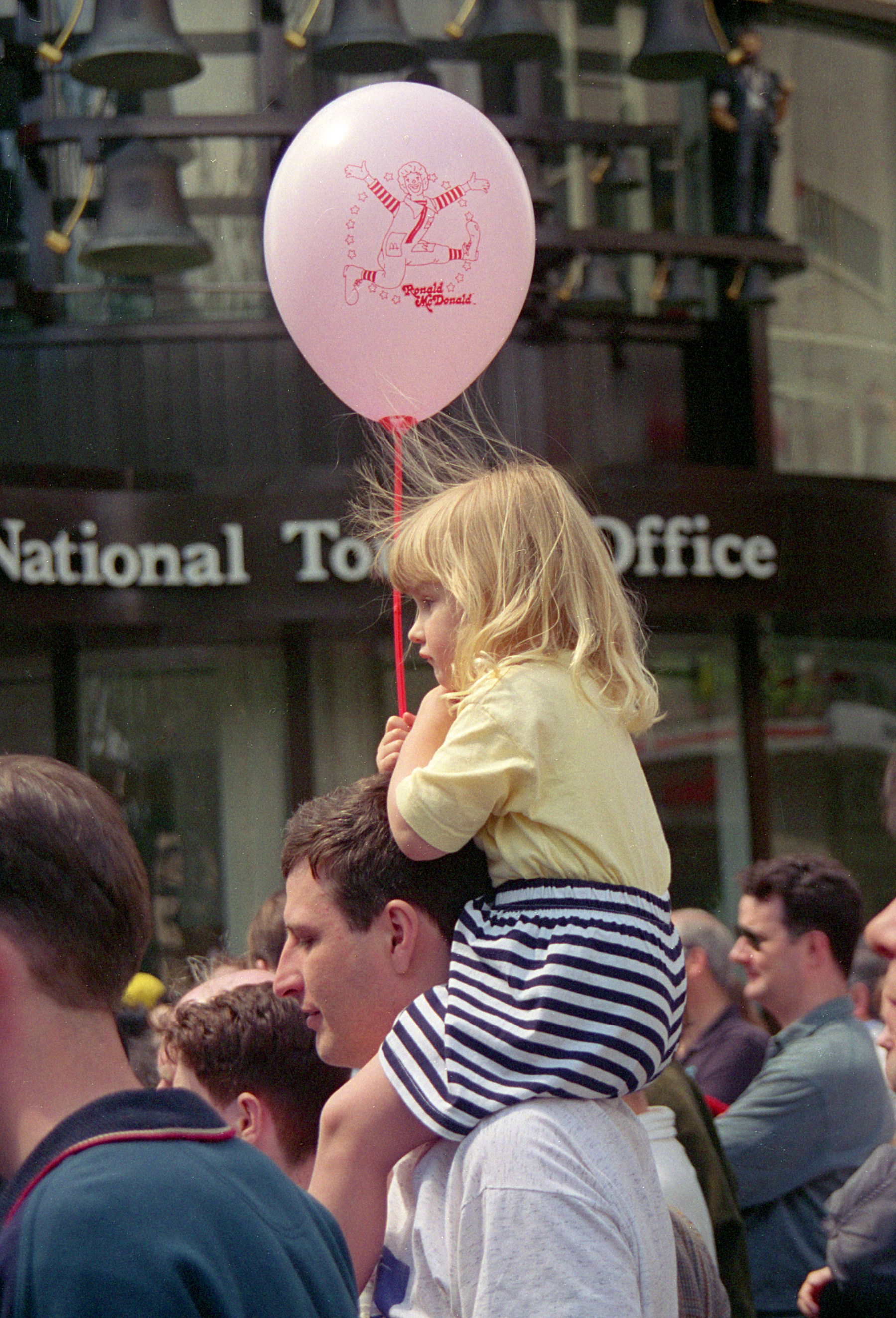 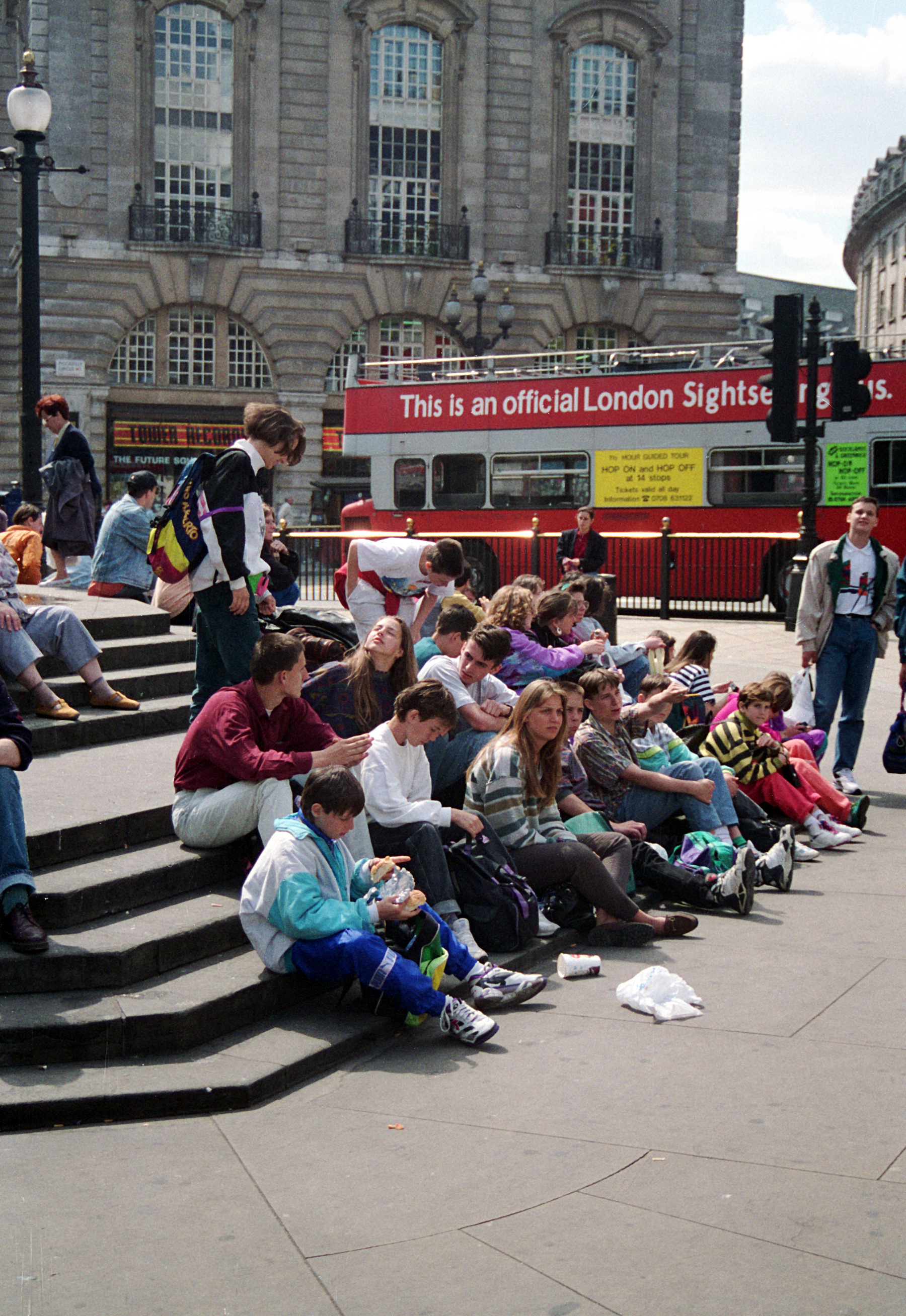 Sure, the fashions date them — but the sheer absence of phones is what really leaps out at me. 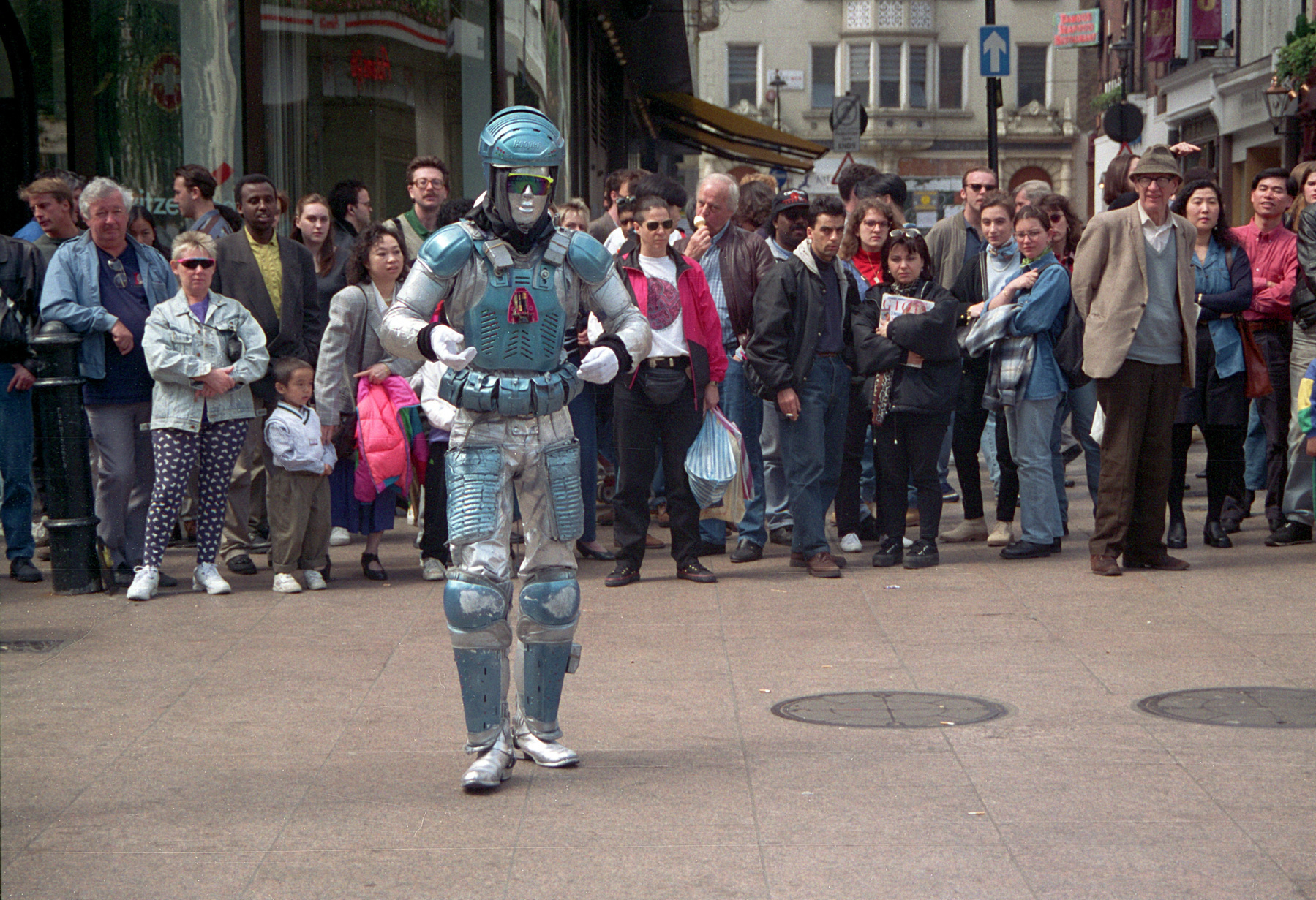 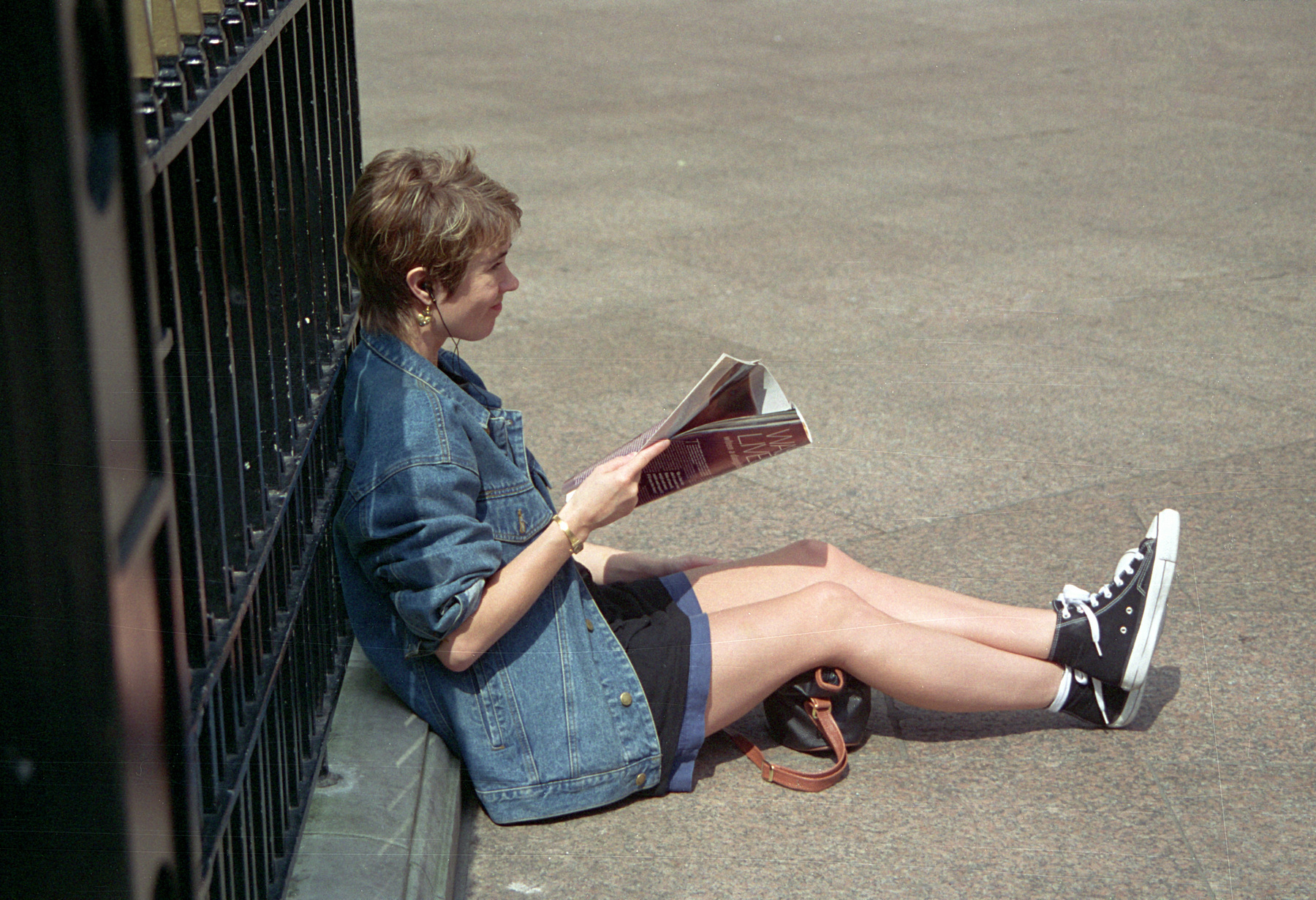 I’m busy scanning some negatives from nearly 30 years ago. Now, it’s not uncommon to find things in old photos or negatives that you don’t really remember. But this batch of scanning is particularly bad for that because this is from a time of my life I spent a while trying to forget.

It’s not that it wasn’t a fun period — it’s just that it ended badly, and that tainted it for me for years. Yes, inevitably, it marked my first big relationship breakup, my first real heartbreak. And yes, I left that rather late: most people get that unpleasant experience over with before their early 20s. But it also was marred with fractured, difficult politics in the Student Union I was working with that made my last few months there stressful and unhappy.

I got my first job, moved away, and threw myself into a new life, severing ties with that period for a couple of years.

Oh, and I buried the photos and negs from those years completely away from the rest. I wanted to forget. I preferred not to throw away those images. But I wanted to avoid seeing them.

But now, 30 years on, it’s all good. And when I found them hidden in a box of old hardbacks, I was positively excited to see them again. This rather silly photo of me was one result.

But then these photos started emerging: 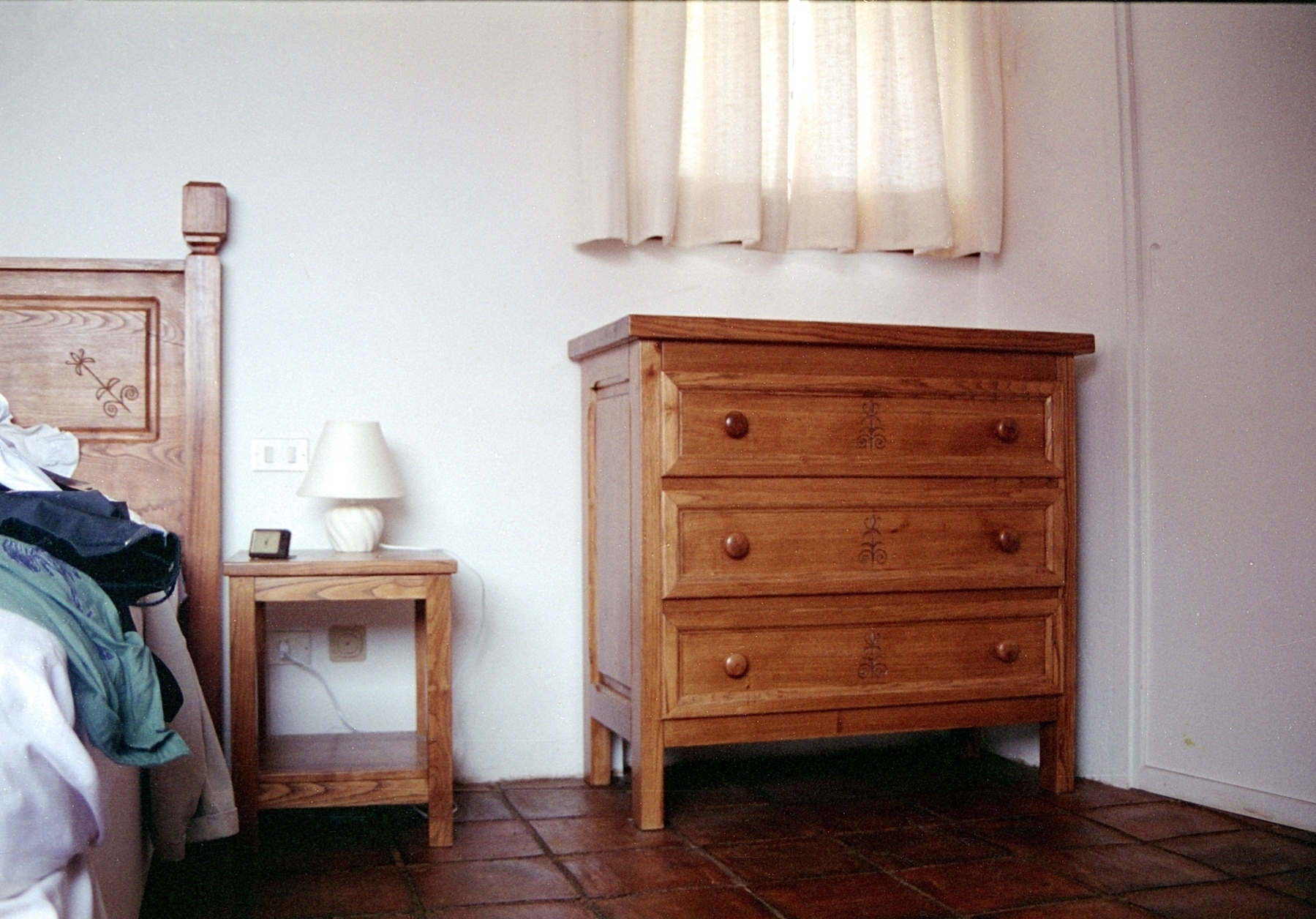 A… chest of drawers?

That’s the sort of photo I might start a film with, or end it. But in the middle? Odd.

And then, a rather generic flower pic: This is not the sort of thing I cared about photographing back then. And I don’t seem to have any prints of these images. It wasn’t like me to chuck photos away.

And a view of the garden of the villa we were staying in? 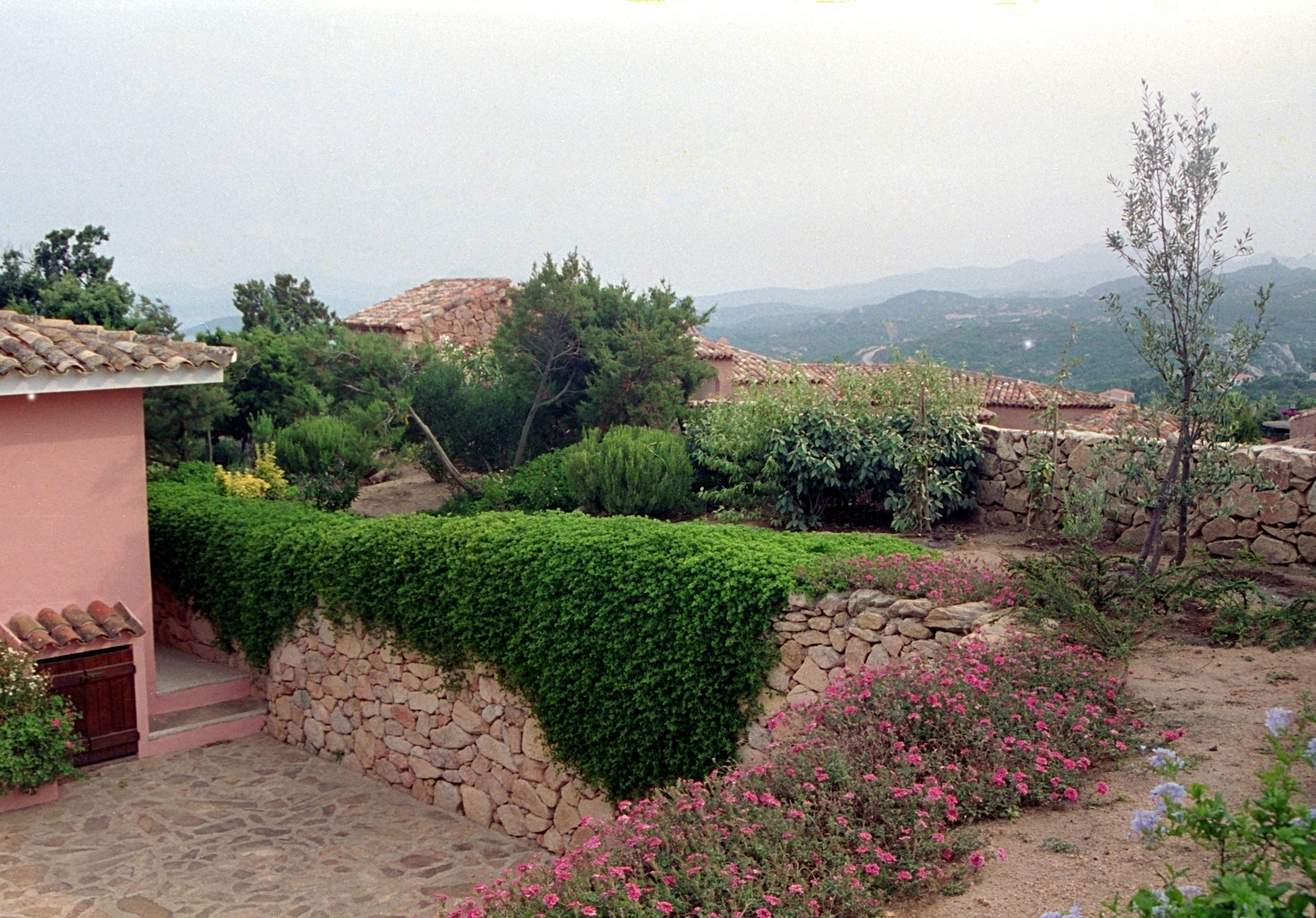 I was a student back then: buying and developing film was expensive. None of this made any sense.

The clue that cracks the case

And then, right in the middle of these inexplicable images, I find this: 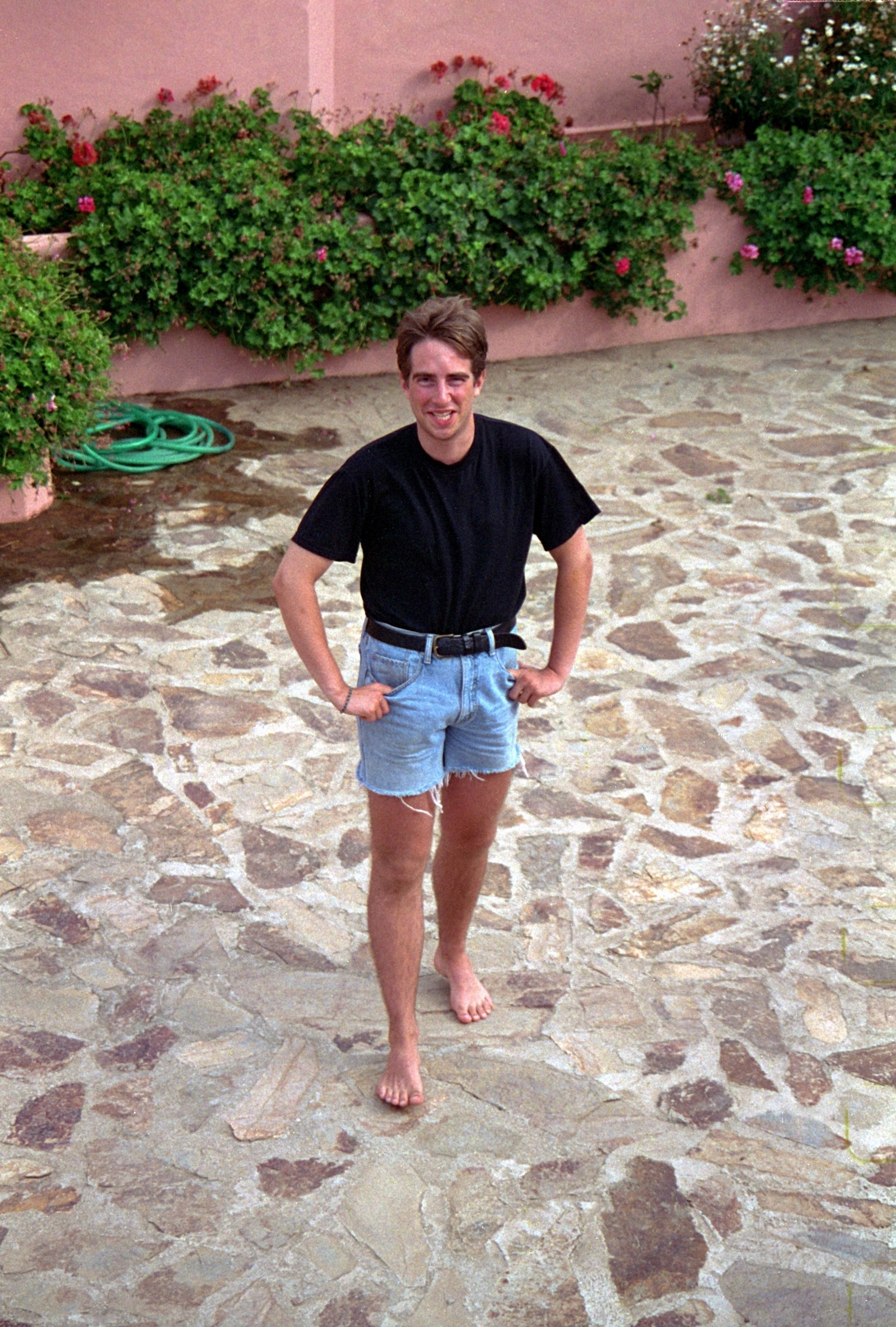 A photo of me.

And then the penny drops. These photos weren’t taken by me.

I had clearly lent my camera to my girlfriend of the time, who was taking photos of the state of the villa and its grounds to send to her parents. It was their property we were staying in, after all.

That’s what I don’t have any prints — I clearly gave them to her.

A small mystery solved, a small piece of my past reclaimed.

Not sure I could rock this look, 29 years later… 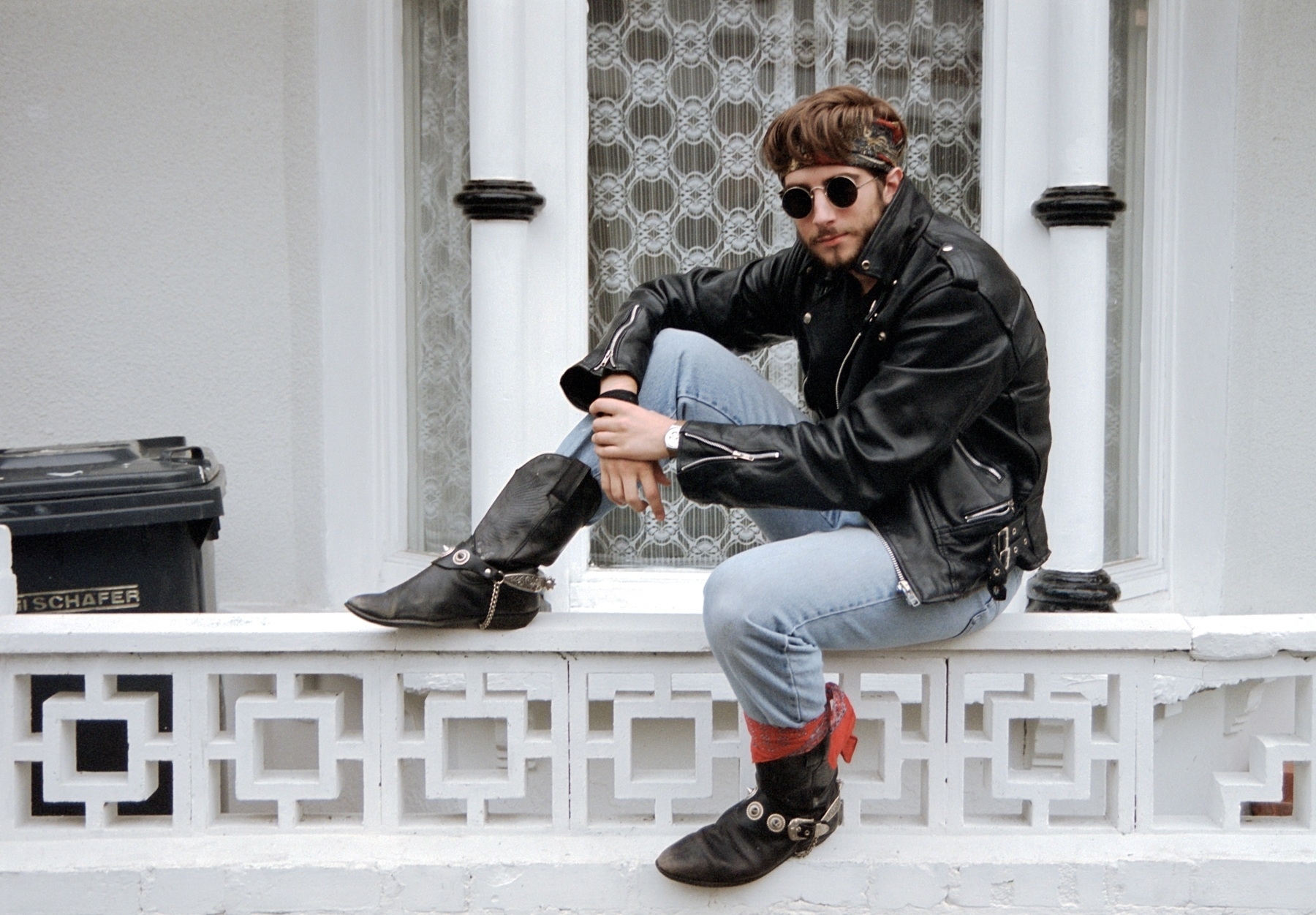